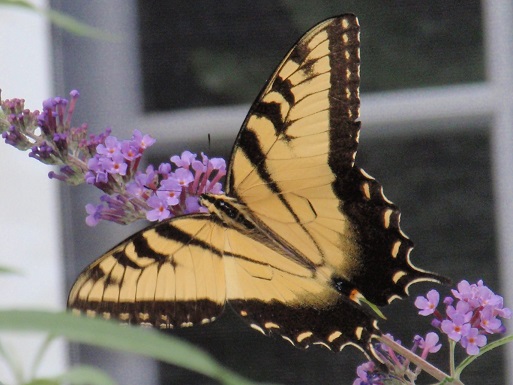 This is the second part of my blogs on butterfly and their scientific names. For those of you who like my blogs to be stories, think of this as the story of one of my obsessions. There are more stories to come.

As I mentioned in my blog, What is in a Name, Carl Linnaeus is credited with naming over 11,000 organisms. People from all over the world would send him specimens and he gave them a name using his binomial system—genus and species. How did he come up with all those names? Linnaeus must have been quite familiar with the Greek and Roman myths. Undoubtedly, he read many of the “classics” in their original language. Shortly, we will explore the importance of this tidbit of information about Linnaus. It must be said that this blog will be long, all text, and not something you will most likely read from start to finish, but copy the information so you can refer to it when you do find butterflies and are curious about their names. I became obsessed with following the thread of Linnaeus’s thinking and after all the research, I decided to dump it on you.

First, it must be understood that throughout Linnaeus’s work, there seems to be quite a number of spelling errors, which may actually have been a printer’s error. It is easy to see how a printer might mistake an “m” for an “n” or an “j’ for a “i” or an “m” for an “ru”. Furthermore, one must recognize that the various books, versions, and authors of ancient myths is another area where spellings can vary. This may have prevented me from finding some information, but I have tried to be as accurate and complete as possible.

All of the references to Linnaeus’s butterfly names comes from his work Systema Naturae, 1758. This book is where he first gave the animals binomial names after publishing his book Species Planarium in 1753 which was his edition for plants. Both of these book (all 4 volumes) can be downloaded for free. Isn’t the internet wonderful!

Naming of Butterflies and Moths

For some unknown reason, Linnaeus decide to name the butterflies and a few moths he thought were butterflies after people and places in mythology. There are so many characters in mythology, where does one start? I used a wide array of internet sources on mythology to sort through all the following information. Therefore, I will not reference each, the work had been done for you, just enjoy.

When naming the butterflies, Linnaeus broke them down into additional groups. He provided a description of why he lumped each group together based upon morphological (physical) similarities, most often their wings, but my translating skills prevent me from understanding some of his descriptions. Below is a list of Linnaeus’s groupings and some information about each.

It does not take long to realize that he has given names that correspond to characters in Greek mythology including the Trojan War. Here is the breakdown:

All of the above information about the Argonauts comes from reference #5.

Congratulations on getting this far! Here is the long part, but I found it fascinating and hope you will also.

What I learned from this research was that Linnaeus was methodical in his naming process and took care to lump similar species together. He settled on connecting the butterflies and moths with mythology and stayed relatively true to his course. Why is another question.

To Linnaeus, all 192 butterflies and moths he named had the genus, Papilio. On page 458, Linnaeus starts to describe the various species he named as being within the genus Papilio. The following section offers Linnaeus’s specific name, some detail as to what the name means, and our current common and scientific names in his order. Of course as the science of taxonomy evolved, many of the names changed. I found it fascinating, and hope you do to, how many scientists kept Linnaeus’s name at some level.

I got all the butterfly names from Ref. 6 and then did research on each, made easy by many of the links in Ref 6. With each of Linnaeus’s species, I give a smidgeon of the mythology if available and then the current scientific name and common name if available for each. I thought it was fun to make the connections with people and places in mythology and in how Linnaeus must have worked hard to come up with names that fit into each of his groups.

In many resources, it shows a Papilio podalirius L. 1758 in this location. In my copy of his 10th edition, I find no reference. Current: Iphiclides podalirius, scarce swallowtail. Podalirius was son of Asclepius and brother of Machaon. Together they lead an army on the Greek side.

Nymphales Nymphs are minor female deities and often associated with sexual exploits of one kind or another.

Barbari – Barba means beard. Most of these names come from the crew of the Argo and they are therefore, Argonauts. [Ref 5]

If you made it this far, you know these butterflies and moths come from many different countries and not just to Europe and Sweden where Linnaeus lived. He undoubtedly never saw many of them alive, naming them from dead specimens sent to him by other naturalists. A select number of these species can be found in the United States and even possibly in your backyard. Maybe when I get some time, I will sort those out for you.

A resource for more information about butterflies.

http://www.learnaboutbutterflies.com/Taxonomy.htm The Lepidoptera comprises of about 174,250 known species (this only represents a fraction of the species in existence, as many more await to be discovered and described, especially among the tropical “micro” moth families).

2 thoughts on “Whats in a Butterflies or Moths Name?”